The screenings are handled virtually odor, vermin- and insect-free. A permanent onboard spiral conveyor and control system provide automated filling and level control while a robust solar powered door-sealing system ensures leakproof transport even with a large liquefied component.

SPIROTAINER® standard truck lifting devices are incorporated into the design to facilitate transport. Once it has reached the destination, the SPIROTAINER® is emptied by simply tilting.

Using the sun to power the door mechanism helps to reduce the electricity bill and also increases safety. The operator no longer needs to go near the rear of the bin, and at the delivery site there is no need to get out of the truck. This significantly reduces the risk of direct contact with a very malodorous product. 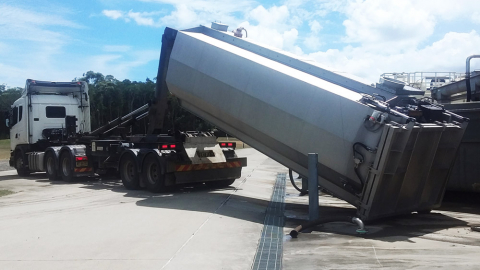 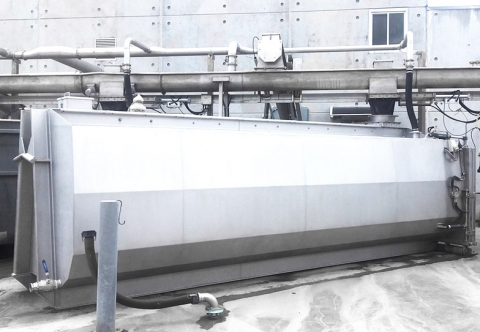 SPIRAC Pty Ltd (Australian office) will be closed from Monday 21 December 2020 to Friday 1 January (inclusive), re-opening on Monday 4 January 2021.
During the break, you’ll still be able to submit requests online and use our online services.

20 -22 March 2019 - Come and see us at Water Philippines exhibition to find out about our wastewater technologies and solutions!

It gives us great pleasure to invite you to the Water Phillipines exhibition, to be held in SMX Convention Center from 20th – 22th March 2019. <

We look forward to seeing you at the exhibtion at booth J19.

SPIRACs engineers had an uncompromising commitment to develop and manufacture a leading inlet works solution within time and budget, allowing us to develop a sustainable plant for the future
Mr. Davie
Goondiwindi, Aufsichtsrat/Entwicklungsberater
Great system. We have it onsite at Rubyanna WWTP, recommend them for any plants for the future or even retrofitting! Flawless and easy! Also recommend SPIROTAINER. Less than 5 minutes from entering site with one and leaving with a full one! Great idea guys.
Sean Watteau
Downer, Kläranlagen Treatment Plant Manager
Equipment works wonderfully at our plant to move biosolids for processing. No problems found so far, clean and low maintenance.
Jacob Colins
Lystek Fairfield - Anlagenbetreiber / Produktkoordinator