A permanent onboard spiral conveyor and control system provide automated filling and level control while a robust door-sealing system ensures leakproof transport even with a large liquefied component.

Standard truck lifting devices are incorporated into the design to facilitate transport. Once it has reached the destination, the SPIROTAINER® is emptied by simply tilting. 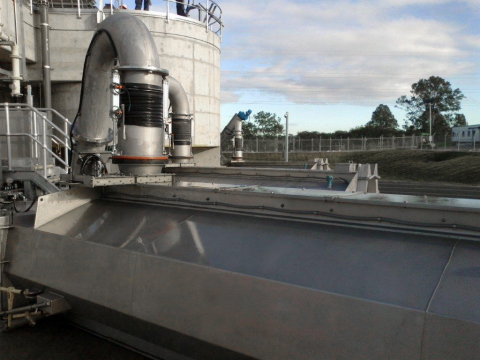 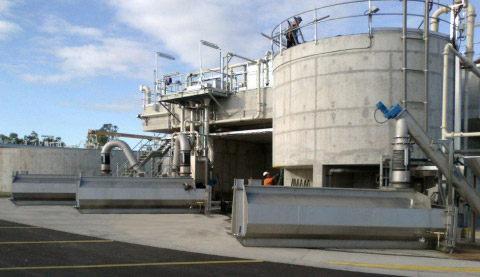 The improved COMBIGUARD® Type 1 is a combination of SPIROGUARD® CC our shaftless spiral conveyor screen mounted on a SANDSEP® Long (SAL), a rectangular tank with horizontal & incline conveyors for small to midsize Wastewater Treatment Plants.  SPIROGUARD® CC Screen is designed for pump-fed applications.

SPIRAC was contracted to upgrade the Inlet Works Area for this project to allow for future population growth in the area.

How long does the virus survive in the air and on surfaces? Latest Covid-19 updates from WHO

SPIRAC is continuously monitoring the latest updates to this outbreak.

Ever wondered why you should order your shaftless spirals from SPIRAC?

Why you need to talk to our Service teams

As SPIRAC Australia celebrates thirty years in business, we take this opportunity to thank all of our customers and suppliers whose loyal support has contributed to SPIRAC’s growth.

See you at Booth 11 at the WIOA in BENDIGO, Victoria

Thank you for visiting our stand at the Water Equipment Show

Thank you for visiting our stand at the Water Equipment Show! The exhibition was a great success and it gave us the opportunity to showcase our full equipment range from screens to biosolids storing. We are very pleased for the attendees that joined our stand to discover the latest solutions that make us the leading Company for screening, grit and biosolids handling.

Ozwater is Australia's international water conference and trade exhibition and is run annually by the Australian Water Association.

Click the following link to find out more about the event.

How to handle grapes with minimal product degradation and maceration

When it comes to grape handling, your equipment needs to suit your wine making process.

SPIRACs engineers had an uncompromising commitment to develop and manufacture a leading inlet works solution within time and budget, allowing us to develop a sustainable plant for the future
Mr. Davie
Goondiwindi, Aufsichtsrat/Entwicklungsberater
Great system. We have it onsite at Rubyanna WWTP, recommend them for any plants for the future or even retrofitting! Flawless and easy! Also recommend SPIROTAINER. Less than 5 minutes from entering site with one and leaving with a full one! Great idea guys.
Sean Watteau
Downer, Kläranlagen Treatment Plant Manager
Equipment works wonderfully at our plant to move biosolids for processing. No problems found so far, clean and low maintenance.
Jacob Colins
Lystek Fairfield - Anlagenbetreiber / Produktkoordinator